How The Book Got It's Jacket - Rare and Antique Books

“How the book got it’s jacket” sounds like a good title from Rudyard Kipling’s Just So stories yet it is an interesting question, when did books acquire their dust wrappers? 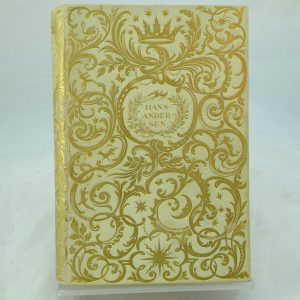 Before the 1820’s the text of a book was often bound in a commissioned binding of the owners choice. If a cover was needed to protect a book it was a plain paper wrapper, known as a “bastard title” that was quickly discarded once the book was purchased. An early forerunner version of a book protector was a slip case or sheath which were used for the covering of ornate gift publications or special books. From 1820 these covers progressed to a more paper like version and occasionally included the name of the book title on the cover. The golden age of illustration ensured that ornate and beautiful books were designed which required no decorative covers so any dust jackets for these books were frequently removed to enable the book to be displayed. As any dust jacket collector of 19th and 20th century dust jackets knows a dust jacket from this period is a rare item indeed.

Over time techniques of printing and marketing advanced allowing publishers to make book covers more colourful and appealing – although at the time continued scrapping of  lovely jackets as “wrapping paper” continued. Many books were issued with a plain glassine dust jacket which was instantly dismissed on opening but are now sought after items.

By the 1920’s dust jackets were becoming familiar. The use of the flap on a jacket became refined providing protection of the book and allowing the owner to read the book too. An added bonus for the publisher was that there was space for promotional information about the author and the book. As the ornately designed book waned the dust jacket became the focus of attraction. The artistic and commercial developments in the art world encouraged more designers to move into corporate employment. The golden Age illustrators even moved into the area of dust jacket design as in the 1925 edition of A Christmas Carol with Arthur Rackham designed dust wrapper. Book designs became objects of art themselves.

World War II interrupted the development of the jackets for a while as shortages of paper restricted publication. Yet since then the dust jacket has gained importance in the field of book collecting. As every book collector will know, a good quality first editionjacket can add considerable value to any book. The value and interest can very often now be in the illustration and design of the dust jacket. Unusual information about an author or the book on the dust jacket can now make it a rare and sought after object.

Author designed jackets such as Vile Bodies by Evelyn Waugh, 1930, or Moonraker by Ian Fleming,  are unusual items. Illustrators who then write a book and illustrate their dust jackets are interesting too as in The Ring by Richard Chopping (illustrator to many of Ian Fleming, James Bond novels).

It can probably be assumed that if How the book got it’s jacket was indeed a Kipling publication it would no doubt have had no jacket on – or maybe it might be covered in the popular glassine covers of the time – and would indeed now be a collectors item!