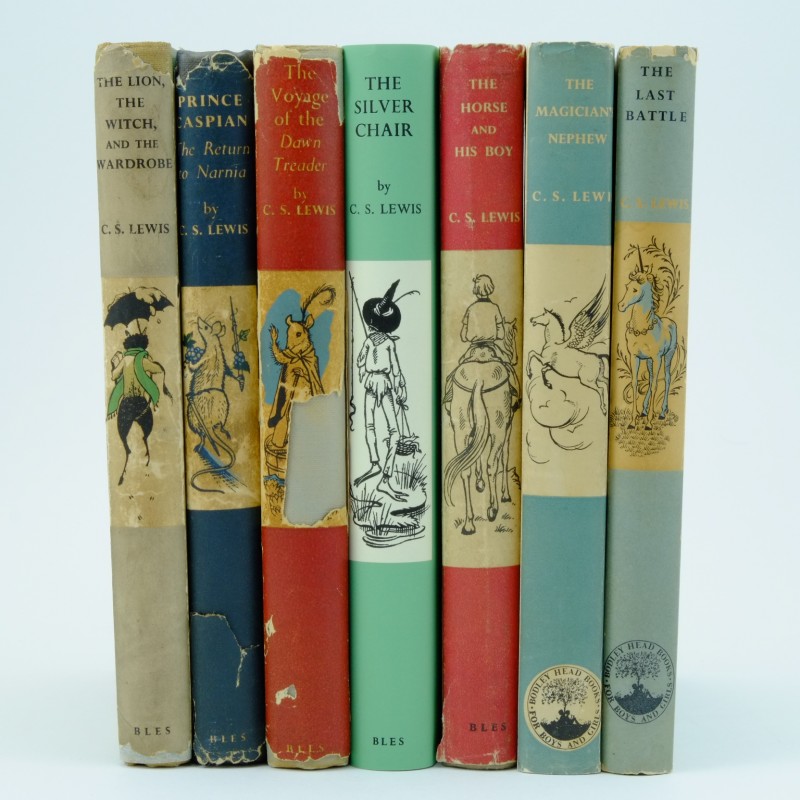 With much excitement (and a touch of sadness which I’ll explain later) we recently sold a rare, first edition set of The Chronicles of Narnia books and it started me thinking about the rather wonderful act of handing on antique treasured items of one’s childhood.

Recent high value sales of the Narnia series were significant for their personal attachment to the book – think of the 2012 sale of “The Lion, The Witch and the Wardrobe”, by the owner, Mr Hardie, who was the son of one of C. S. Lewis’s best friends. He knew Lewis simply as “Jack”, a friendly visitor who gave him books on his family visits. It was only years later that he realised how valuable the books were. Luckily for Mr Hardie, Lewis has signed the copy “Nicholas Hardie, with love from Jack Lewis” so added further value with the copy selling for around £12,000. The recent sale of a are full set which fetched £25,000 in June at Southerby’s, must clearly have meant a lot to the buyer! Our recent sale of the Chronicles set had been owned by a family who needed a boost of cash so reluctantly sold off their childhood favourite stories. It was pleasant to know that they were bought as a special gift for the purchaser’s wife who fondly remembered the Narnia stories from her youth.

As Mr Hardie said when he submitted his special Lewis edition for auction, “I’ve kept it safe all these years but I don’t know how much the new generation values antique books. Maybe this book can be passed into the hands of someone who will treat it with respect.”

Another full set of Narnia 1st editions is just about to to be listed, photographed and added to our website – it is always a special moment for me to ponder on the history and hands that rare books have passed through and when, as book dealers, we sell them, I am often just a little sad to see these treasured books go.