Through the Looking Glass, 1893 - Lewis Carroll - Rare and Antique Books 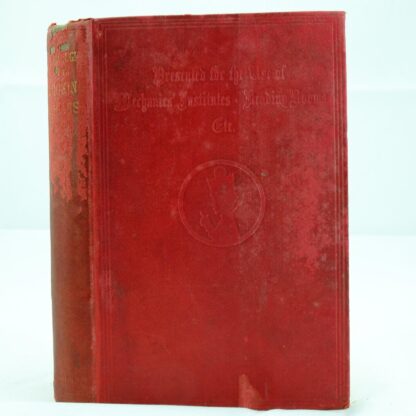 Through the Looking Glass, 1893 – Lewis Carroll

Published by Macmillan and Co, London 1893

This 1893 third edition, sixtieth thousand issue of ‘Through the Looking Glass and What Alice Found There‘,  is one of the most rare and sought after of all Lewis Carroll titles. Lewis Carroll rejected the publication as it was riddled with faults and errors from the printing process. Illustrations had been over-printed and pages badly folded to such a degree that he threatened to terminate his contract with Macmillan, similar to his  experience with the first edition of Alice’s Adventures in Wonderland (1865). Only 60 copies were released before Carroll insisted the remainder were destroyed, leading to the book being out of print until 1897. He offered to exchange new copies to anyone who had one of the sixty. He later changed his mind about the remainder copies, announcing in an ad. inserted within Sylvie and Bruno Concluded dated Christmas 1893, that some copies would be re-bound and donated to ‘Mechanics Institutes, Village Reading-Rooms and similar institutions’. An original copy of the ad. is included with this book.

Crutch records the locations of only two rebound copies as per this copy (Harvard and the collection of Selwyn H Goodacre, who compiled an unpublished census of copies, with only four known in the original cloth and two rebound).  Williams, Madan, Green & Crutch 84b, p64. and Lewis Carroll’s Rejection of the 60th Thousand of Through the Looking Glass, in The Book Collector, Summer 1975, pp 251-256.

An exceptionally scarce edition. Good condition overall. Original re-bound cloth boards with ‘Presented for the Use of Mechanics Institutes, Reading Rooms Etc.’ in blind on upper cover. Rubbed and stained. Gilt worn. Upper half of spine worn where it appears a former label has been removed causing some loss. Lacking half-title (torn out) but otherwise good internally, with intact original endpapers, no foxing of note, some pages with marks and page turn creases. 8vo. 224pp, 2pp ads. 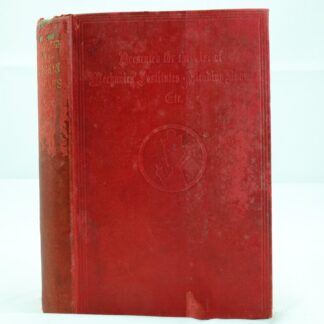