Visions of Cody by Jack Kerouac | Rare and Antique Books 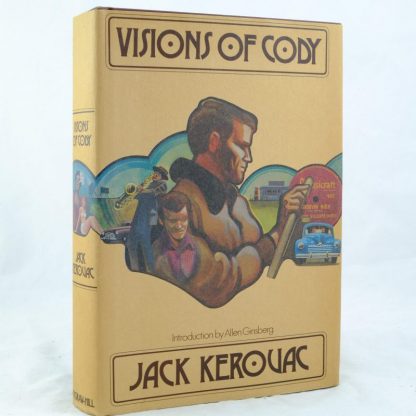 Visions of Cody by Jack Kerouac

A first edition Visions of Cody published in its entirety. Complete with a fine dust jacket. The novel was written in 1951-1952, and though not published in full until 1972, and became over the years, an underground legend. Since its first printing, The novel has been published with an introduction, “The Visions of the Great Remember-e.” by the Beat Generation poet, Allen Ginsberg.

Original burgundy boards with gilt lettering on the spine. Top edge burgundy coloured. Next to no wear to the boards. The contents are clean and tidy. The pictorial dust jacket is fine, unclipped with no wear to the extremities. 8vo. 398 pp.