The Worm and The Ring by Anthony Burgess | Rare and Antique Books
View Basket “Anthony Burgess: 1st edition 1985” has been added to your basket. 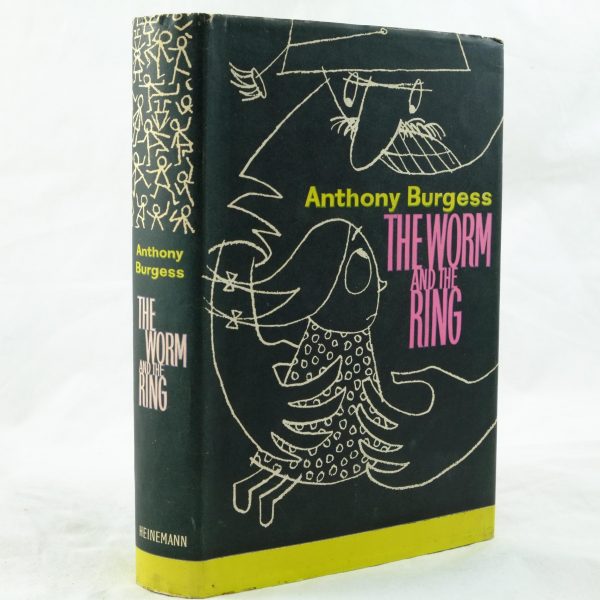 The Worm and The Ring by Anthony Burgess

The Worm and The Ring by Anthony Burgess

A scarce ex libris novel in good condition with an unclipped dust jacket. The Worm and The Ring was written following Burgess’s time at Banbury Grammar School in the 1950’s. The novel was withdrawn from circulation following a libel action by Gwendoline Bustin, the secretary of the school. Several characters in the book were recognisable as figures from the school, but only Miss Bustin, later Lady Mayoress of Banbury, objected.  The publisher, Heinemann, agreed to “amend all unsold copies of the book” although  many were just pulped.

Original dark maroon boards with gilt lettering on the spine. East Sussex library stamp imprinted on the rear board. Light bumping to the edges. Ex libri stamp with ripped section on the front paste down. Ripped section of the rear paste down. Ink lettering on the front free page. Stamped date on the rear free page. The contents are generally clean, lightly browned with some brown marks and spotting on several of the pages. Surprisingly clean for an ex libris copy. The dust jacket is clean with wear to the edges. Creases on the front flap. Minor chipping in a few places. 8vo 273 pp