The Nursery Alice by Lewis Carroll | Rare and Antique Books 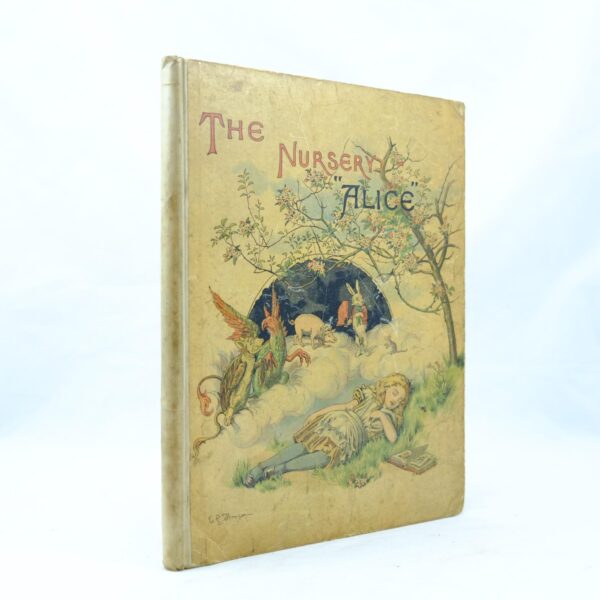 The Nursery Alice by Lewis Carroll

Published by Macmillan and Co, London 1889

The Nursery Alice by Lewis Carroll

First edition, very rare 4th issue of The Nursery Alice priced at one shilling on the title page. The original printing of 10,000 copies was rejected by Dodgson in 1889 on the grounds that the pictures were “far too bright and gaudy”. 4,000 rejected sheets were sent to America for publication by Macmillan & Co. of New York. A second edition of 10,000 copies was prepared for the UK in 1890 (copies are overwhelmingly met in the second edition.) The notable alterations to the second editions was the use of white rather than toned paper and the removal of Alice’s profile illustration on p. 34. After the publication of the second edition, most of the remainder of the first printing sheets, retaining the original illustration of Alice and the Cheshire Cat on p. 34, were bound up to form the “People’s Edition” of 1891. These were priced at two shillings. Left over publications were used to create a  fourth issue in 1897 and overprinted with the price One Shilling. This is one of the few remaining publications. Ref: Williams-Madan-Green-Crutch 215 d.