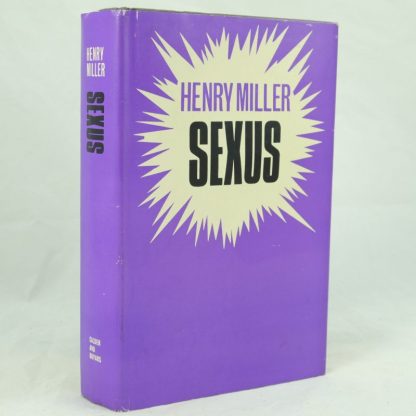 Sexus, Book One of the Rosy Crucifixion, by Henry Miller

Sexus is a the first in a famous trilogy consisting of Sexus, Plexus, and Nexus. Written in 1949 and banned for many years and this is the 1st British edition. In the series Miller relates a  fictionalized account of his six-year period living in Brooklyn. He documents his relationship with his second wife, June, and his efforts to become a writer.

Original pale purple cloth boards with silver lettering on the spine. With minimal wear to the extremities. The contents are clean. The purple illustrated unclipped dust jacket has small signs of wear to the folds and corners. Generally very bright condition with a photograph of Miller on the rear cover. 8vo. 506 printed pages. 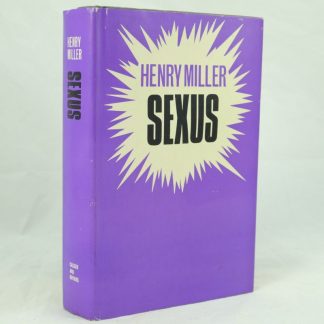 You're viewing: Sexus by Henry Miller £60.00
Add to basket