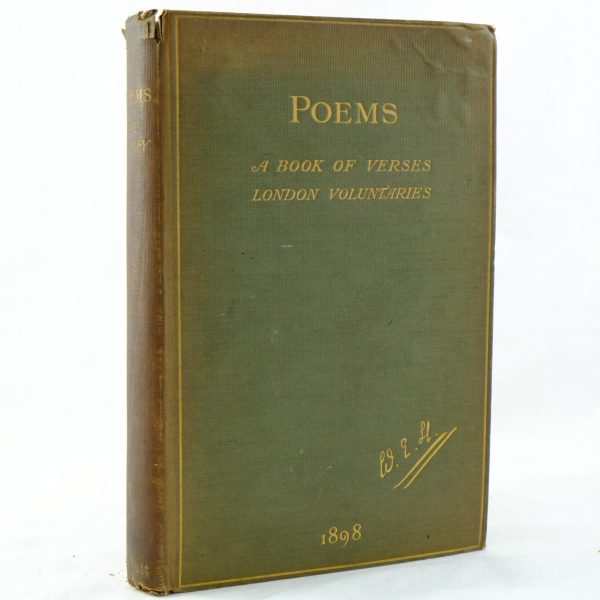 J. M Barrie association copy of the first edition Poems in very good condition. The book is signed in initials and inscribed by J. M. Barrie to Michael Llewelyn Davies (1900 – 1921). The inscription reads, ” Michael from J. M. B. Christmas 1913″. Michael Davies is widely reported as being the main inspiration for Barrie’s character, Peter Pan, along with his four brothers, whom Barrie became guardian of following the deaths of their parents in 1907 and 1910. William Ernest Henley’s young daughter, Margaret, also inspired Barrie’s choice of the name Wendy for the heroine of the play Peter Pan.

Original green cloth boards with gilt borders and lettering. Darkened spine. Tears to the the top of the spine. Bubble to top corner of the front board. Inscription on the front free page. Tissue guarded frontispiece. The contents are browned and clean. 8vo. 256 pp. 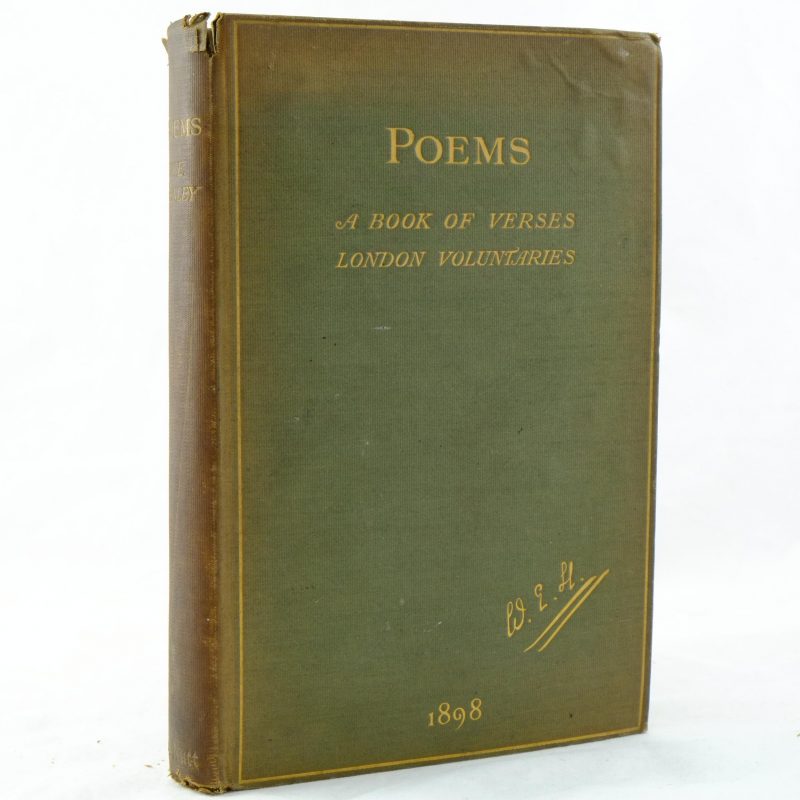