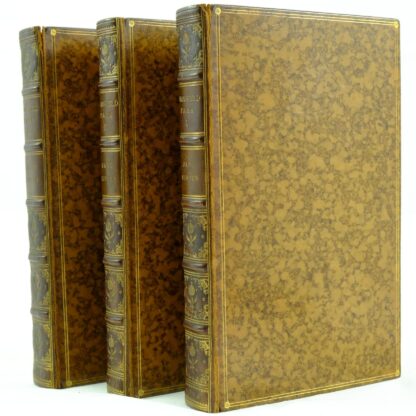 Mansfield Park: A Novel in three volumes by the author of Sense and Sensibility and Pride and Prejudice . This is a second edition, with fine binding by Bartlett & Co. Boston. In mottled calf, spine a little darkened to volume 3 with minor cracking at heads and very light rubbing to extremities. Internally, occasional light spotting and light browning in places, otherwise very good to near fine condition. Half titles with G Sidney imprint to verso, vols 2 and 3 lacking final blank ff. Titles cleaned and supplied form a first edition copy, dated 1814 and published by T Egerton (but Murray 1816). First published in May 1814 by Egerton in in an edition possibly of only 1250 copies, this second edition was entrusted to John Murray with a print run of only 750 copies, who “expressed astonishment that so small an edition of such a work should have been sent out into the world“. Gilson A6. 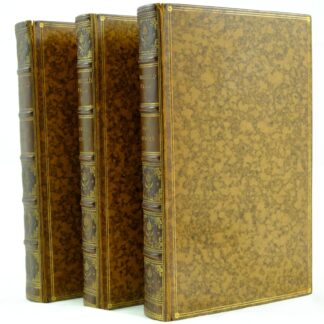