Clara in Blunderland by Caroline Lewis | Rare and Antique Books 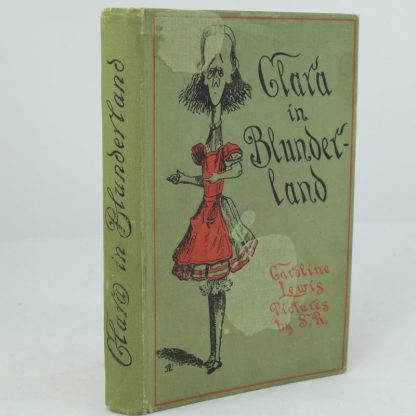 Clara in Blunderland by Caroline Lewis

Clara in Blunderland is a political spoof of the two books by Lewis Carroll, Alice’s Adventures in Wonderland and Through the Looking Glass. A year after this publication a sequel, Lost in Blunderland, was released. The novel is critical of the British Government’s involvement in the Boer War and several politicians are represented in the story. For example, the Leader of the House of Commons is portrayed as Clara/Alice, Joseph Chamberlain as the Red Queen, Robert Cecil is the Duchess, and Winston Churchill is the Caterpillar. The forty illustrations are by J. Stafford Ransome (or “S. R” ) and are based on the original drawings of John Tenniel.

Original green cloth boards have bright illustrations on the front board. Two marks across the front board. The spine ends are worn and the lettering is rubbed. The edition is slightly cocked. The frontis illustration is protected by a tissue guard. Some foxing of the title page, tissue guard and end pages. The contents are clean. Page ends have small tears on uncut edges. 150 printed pages. 8vo 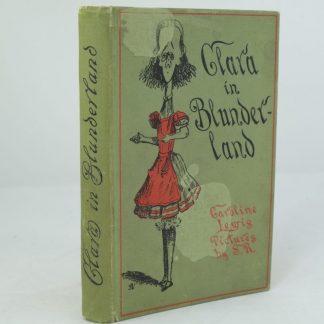 You're viewing: Clara in Blunderland by Caroline Lewis £45.00
Add to basket